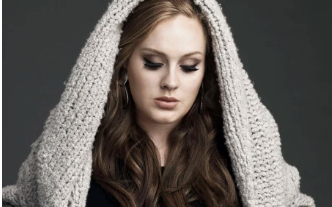 Over the first quarter of 2017, the Grammys and the Oscars took place in the United States to recognize talent in the music and film industries respectively. Focusing on fashion, a lot has been said about the best red carpet dresses and what not during these events.

It is crucial to note that fashion should not undress people, it should dress them by enhancing their dignity as human beings. Having said that, let’s draw attention to the singer Adele. Adele has a beautiful voice; it’s husky but at the same time, she can really hit high notes with a lot of ease. I must say I like Adele, I think most of her fashion ideas are good. She is what you’d call a role model and the reality is that lots of women look up to her all over the world.

Let’s turn to Adele’s dress at the Grammy’s February 2017. It was a green dress by Givenchy (I checked). The dress had lots of detail. The best part was that she was fully covered. Yes, she was. Let me explain what I mean by covered up. Last year I attended a fashion event called Style Tribe. The lead speaker was a lady from the United States who is originally Mexican. She said some very interesting things and some put her listeners to rationally think about fashion. She gave the example of a phone. When one is walking, one keeps their phone somewhere safe, maybe in their jean pocket to make sure that no one steals it, so that it doesn’t fall into the wrong hands, right? Well, if a phone is that well taken care of, she said, how much more should we take care of our bodies… Food for thought.

Back to our songstress Adele. Some ‘fashion gurus’ weren’t exactly amused by her modest look and went on ahead to say things like “This is the Grammys not the Grannies” and “Show some more skin Adele, maybe some cleavage” and “For crying out loud, the lady is in her 20s not her 70s” (as if you can only be modest when you are 70.) The fact is, if you can’t practice a good habit, whatever it is when you are young, you sure are not going to practice it when you are older (and more change resilient, I might add…) Period!

The thing is, I think we have become so accustomed to seeing skin such that when we see none, we go into a panic mode. We start asking questions like, “Is she not confident in her body?” or make comments like, “She needs to lose some weight so that she can flaunt her body” We say all sorts of things which really are covering up the fact that we don’t know what modesty is anymore. Let’s get real about what modesty is; it is revealing what should be revealed to the right person, at the right time and in the right place. On a higher plane than that, it defends the intimacy of a man or a woman to be able to reveal it in the appropriate measure and in the right moment. This does not only refer to dress, it also refers to how we talk, what we say, how we carry ourselves etc.

There were many other artists who made the red carpet best dressed (who in my opinion shouldn’t be) And.. What’s with the see-through clothing nowadays?!!! I don’t get it, seriously, I don’t!

Bottom line… Let’s not shy away from dressing well. It’s actually courteous and charitable to the rest of the people around us. And let me add, modesty is not boring. Just look at Adele… She looks like a lot of things but boring, right? We can be bold… By dressing virtuously, women who can change society by how they dress. Imagine that. Remember dress is a language and depending on your choice of dress, one attracts a certain type of people around them, one behaves in certain ways. Dress is powerful. Think about it.

The author of this article is the blog writer. This article first appeared on the la femmista  website  (see https://lafemmista.wordpress.com/).